Springbok is the most territorial antelope 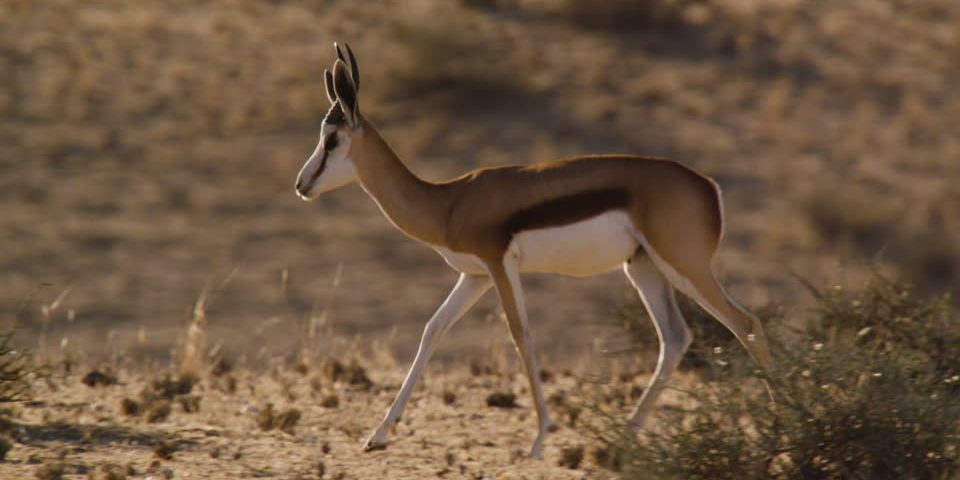 The springbok is a medium-sized antelope found mainly in southern and southwestern Africa. The sole member of the genus Antidorcas, this bovid was first described by the German zoologist Eberhard August Wilhelm von Zimmermann in 1780.

Did you know: White springboks are predominantly white with a very light brown coloured side stripe.

Springbok roam in herds of up to 100 in the dry months and several hundreds in the rainy season, and they are very vocal at certain times of year. Their main predators are cheetah, leopards and lions. They often associate loosely with other game species, such as wildebeest, blesbok and ostriches.

They are browsers as well as grazers, feeding on shrubs and grasses, and digging out roots and bulbs. Springbok males are territorial, but do not always remain on their territories throughout the year. During the breeding season, they try to keep females in their territory by herding. Springbok lambs are born in the rainy season, when the grass is green and there is plenty of food. The mother hides her (single) newborn offspring in bush or long grass, and for a day or two it remains still.

The newborn soon gets its strength and speed and is able to flee if threatened or disturbed. Females with young lambs tend to form nursery herds; the young then remain together resting while the females graze. Young females remain with the herd, while young males are usually evicted at about six months of age: they then join bachelor herds.