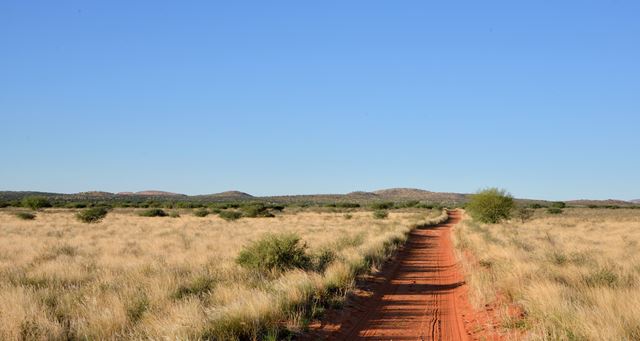 The Kalahari region in South Africa’s Northern Cape province is a semi-arid region that sustains a surprisingly wide variety of wildlife. Plains game like gemsbok and springbok are very popular for hunting in this area. FM Safaris  personally favors hunting lion in the Kalahari. It is also the only member of the Big Five that can be hunted in this area.

All of the safaris we offer to the Kalahari involve a light charter plane flight from Johannesburg to an airstrip not far from the hunting camp. The duration of the flight is approximately two hours, the cost involved between $2 800 and $4 000 depending on the size of your hunting party. The charter flight should depart no later than 2pm. If your international flight arrives at a time that makes this impossible, a connecting night will have to be spent in Pretoria.

The Kalahari is best hunted during the autumn, winter and spring months from May to the end of September. The summer months are excruciatingly hot. Winter mornings and nights can be cold, as is the case in most semi-desert areas, so remember to pack warm clothes if you will be hunting in the Kalahari during the months of June, July and August.

The Kalahari is a vast region where different attractions are often very far apart. Relaxing in camp or accompanying the day’s hunt are amongst the only activities available to the non-hunting members of the party.

Unbroken red sands, dotted with flat-topped acacia trees and hardy grasses fill a landscape that seems to stretch on forever.